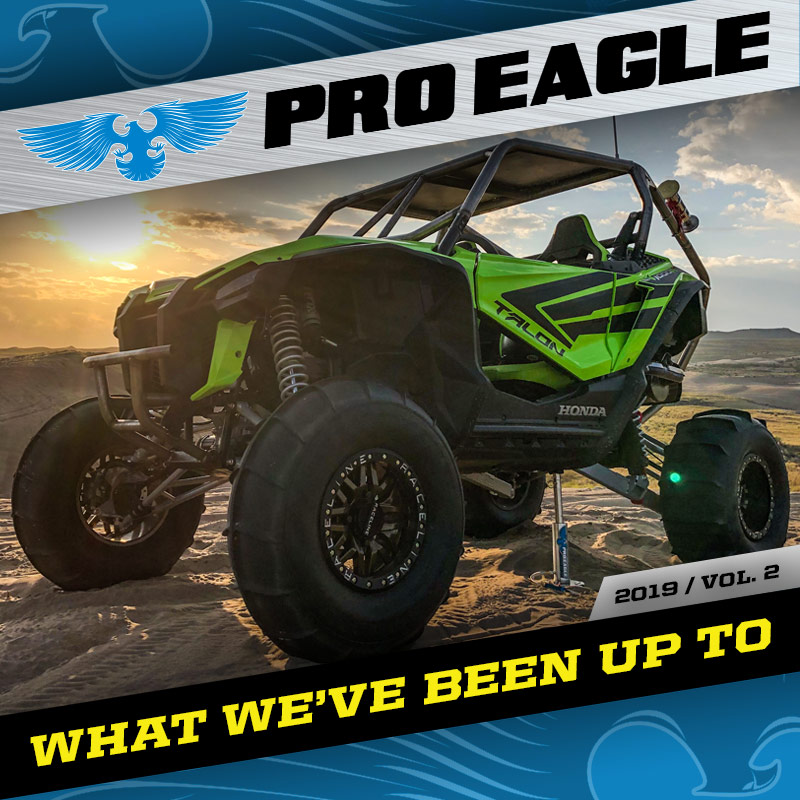 The all new Pro Eagle Co2 operated jack made its debut this past weekend at the Sand Sports Super Show in Costa Mesa, California. We nicknamed it the Phoenix, because its design was shelved for many years before we brought it back to life just as the UTV market is seeing huge growth.
Back in 2012 when Pro Eagle began producing the 2-ton off road jack, the number of UTV customers using them was quite small. As more and more UTV users found out about Pro Eagle we quickly became the number one choice of UTV users across the country. The next logical step in the evolution of Pro Eagle was to make a jack that our dedicated fan base could carry in the UTV. Breakdowns on the trail are devastating but having to carry around a bulky jack in the UTV “just in case” you had a problem was something most users we're not willing to do. So we got to work on an idea that had been put on hold some years back and brought it back to life. The new Phoenix Co2 jack is perfect for all UTV enthusiasts. Because of its lightweight construction and compact design, it is easily carried on or stored in even the smallest UTV. It extends to just over two feet tall, giving plenty of lift height to make needed repairs on today’s UTVs. The Phoenix is easily operated by a small 20 – 25-gram Co2 cartridge that can be purchased directly from Pro Eagle, or found in bicycle shops, sporting goods stores or even online. The brushed stainless-steel construction not only looks attractive but will keep its good looks indefinitely. 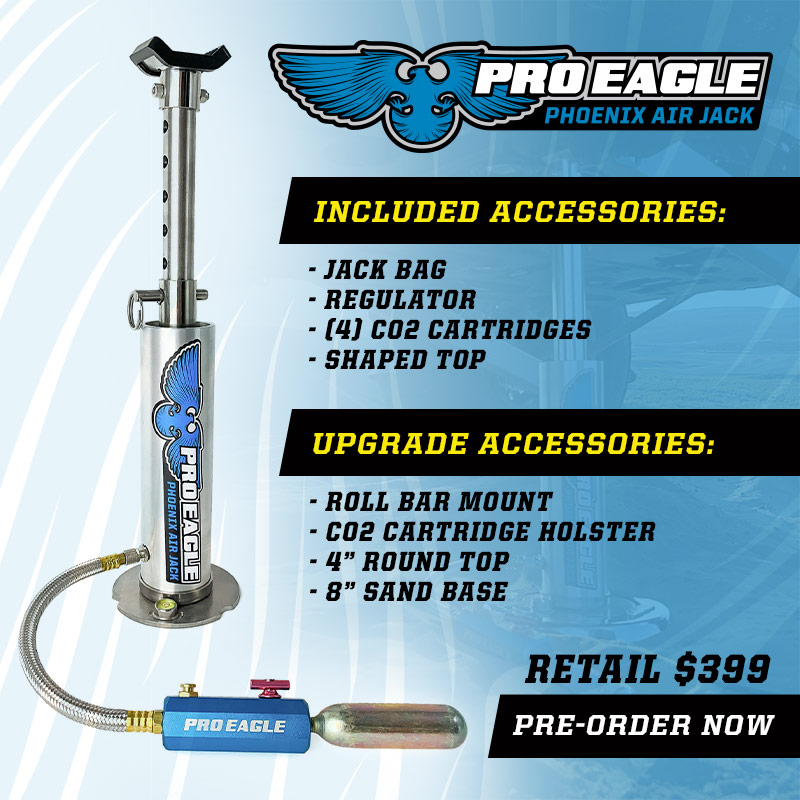 We are very excited to announce our partnership with Honda Powersports. We have been a partner with Jeff Proctor’s Honda Ridgeline off road racing program for many years. The team uses our jack not only on the race truck but every one of their support vehicles. Once Honda released the Talon earlier this year, we knew we wanted to work with them on the launch of our new Phoenix jack. The Talon is a perfect platform for us to not only get tons of testing done but also one we are proud to mount our product on. Look for our Honda Talon in our trade show booths and out kicking up dust on the trail. 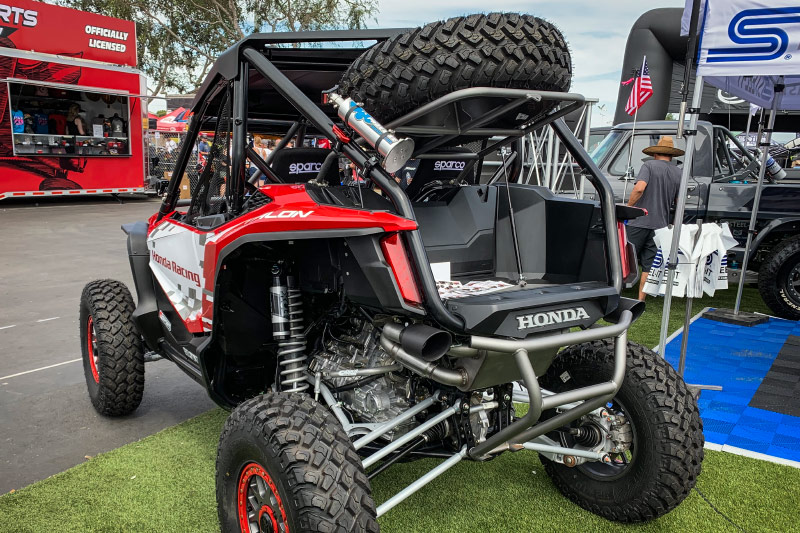 This was our second time attending UTV Invasion. The event is held right in the middle of farm land in Idaho, where there just happens to be 10,000 acres of sand dunes. With the location being so far north it made for great weather both day and night. Dune riding enthusiasts come from all over the US to go riding there and they were some of the friendliest people you will ever meet. We teased the new Co2 jack there and everyone was very excited to see the finished product and to place their orders. We were made the official jack of UTV Invasion and our logo was displayed on all of the official merchandise, banners, and all social media pages dedicated to the event. 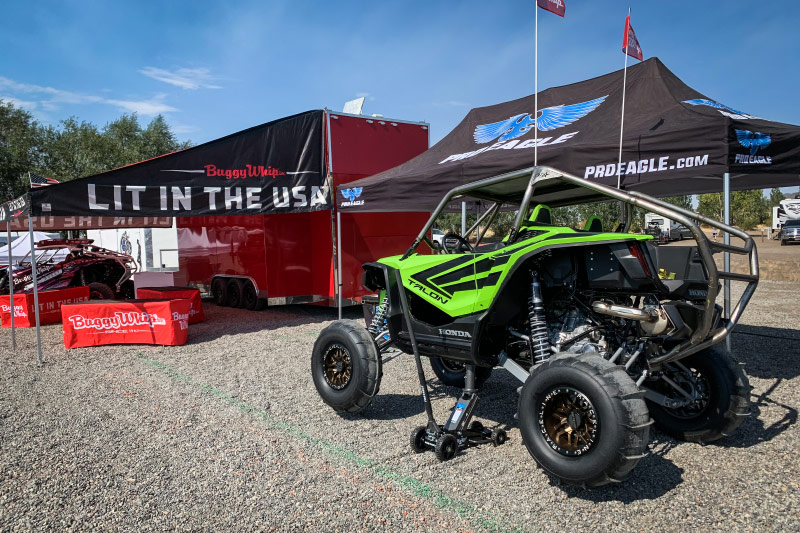 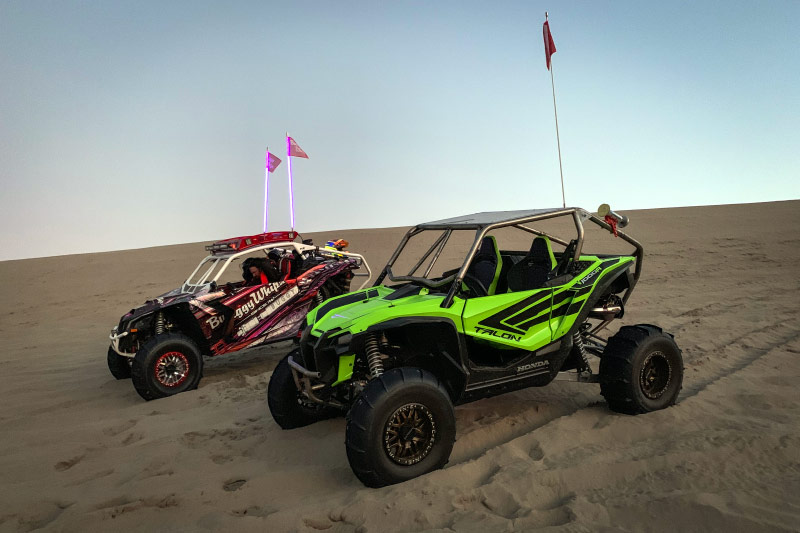 We were welcomed by the organizers and were given prime booth location right next to the main stage. Pretty exciting stuff for a company that makes floor jacks. Sales on our 2 and 3 ton big wheel jacks continue to grow by leaps and bounds as we find new customers that have grown tired of not being able to lift their UTV off the ground. We heard many stories over the week about how a Pro Eagle jack had saved the day after a flat on the road or a broken part in the dunes! We even had to put a jack to use on our own stacker trailer on the way to the show after losing a tire. 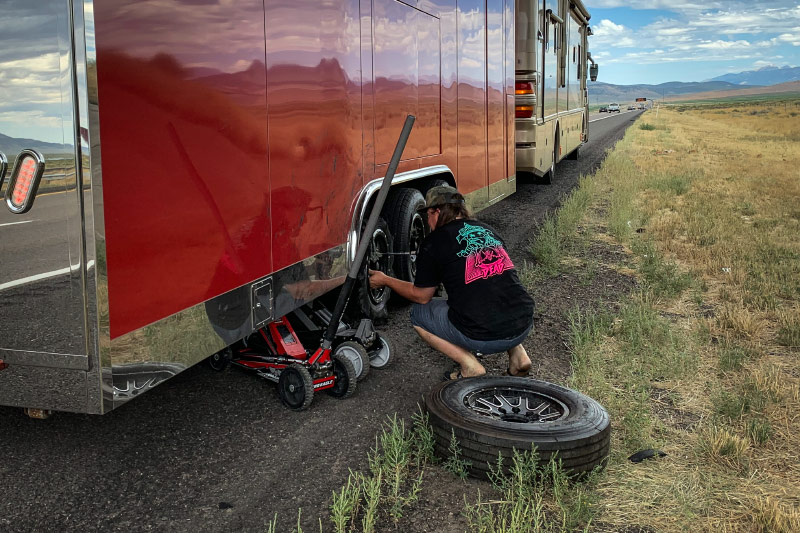 We truly are the most universal, most practical jack ever produced. There is no other jack on the market that can lift a fully loaded stacker trailer and then also lift a race outfitted UTV to full droop. Nobody can even come close.

The Sand Sports Super Show is one of our favorite events to attend. It is right at the beginning of riding season here on the west coast and manufacturers are on hand releasing new models and showcasing everything they have to offer. Pro Eagle was right there in the mix of things with the release of our new jack as well as another new product that was displayed for those with a sharp eye to notice (more on that in the coming months!). One of the reasons we enjoy this show so much, is it gives us the opportunity to interact with so many of our customers as well as many of our vendors. Our booth was the place to be all weekend long. Friday evening and all day Saturday we saw crowds 5 and 6 rows deep. We gave multiple interviews with media outlets about current products as well as the new Phoenix jacks. By Sunday afternoon we were nearly sold out and quite worn out! All in all it was a huge success and we are already looking forward to next year. 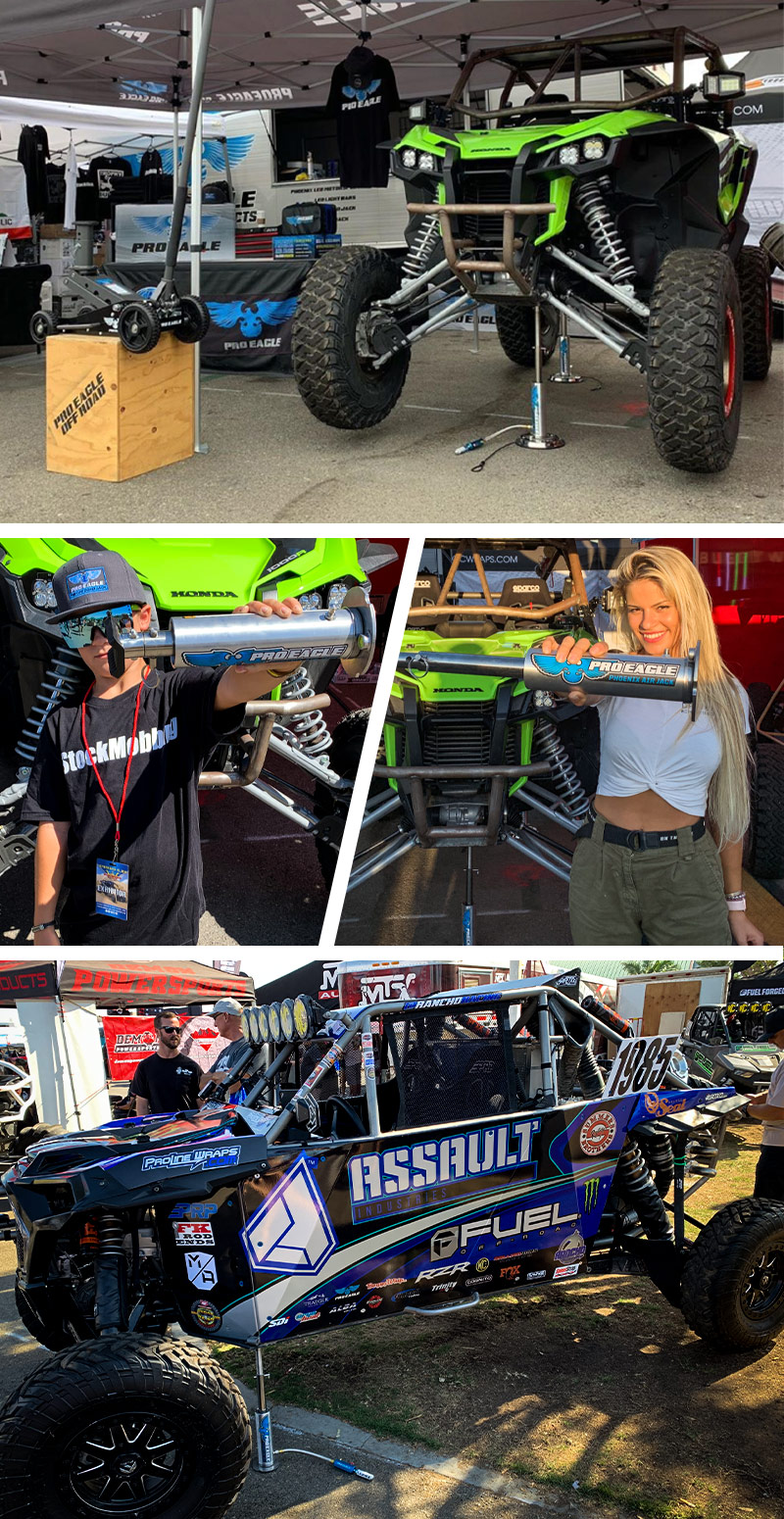